There has been a church here on Higher Drive, Purley for over 100 years.  The church was originally formed when St John the Evangelist Church in Old Coulsdon decided to plant a number of Churches in its very large parish (as it was then).  St Barnabas became a parish in its own right around the beginning of the 1960's.

Our main Sunday service begins at 10:45am and has a relaxed and friendly atmosphere. Services are often planned with members of the congregation taking an active role, in planning and running. We have a small but enthusiastic choir who sing with us in the front few pews.  Our music is a mix of traditional and contemporary and several hymns and songs have been composed by members of the choir.

We also have an 8:00am service every other Sunday.  Please see our joint services page for details. 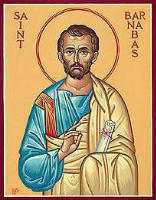 Our Church is named after the Saint Barnabas.  He is described as having the status of an Apostle in Acts 14:14.  Together with St Paul, he undertook many missionary journeys throughout the Mediterranean.  He was originally called Joseph, although because of his ability to encourage those around him, the early church re-named him Barnabas which means son of encouragement (Acts 4:36).  St Barnabas understood the power of the Gospel to change people's hearts, and lives.  When an arch persecutor of the early Christian Church, Saul (later called Paul), arrived in Damascus claiming to have experienced a now famous conversion en route it was Barnabas who made great efforts to convince the early Church of the genuineness of Saul's conversion.

You'll find us at 69 Higher Drive, Purley, Surrey, CR8 2HR. Click here for a map.  There is no public transport nearby, but the 434 bus stops a 10 minute walk away.  Pick it up in Purley Town Centre.

You'll find us at the top of a row of steps from Higher Drive.  Please get in touch well in advance if you need help getting to us. 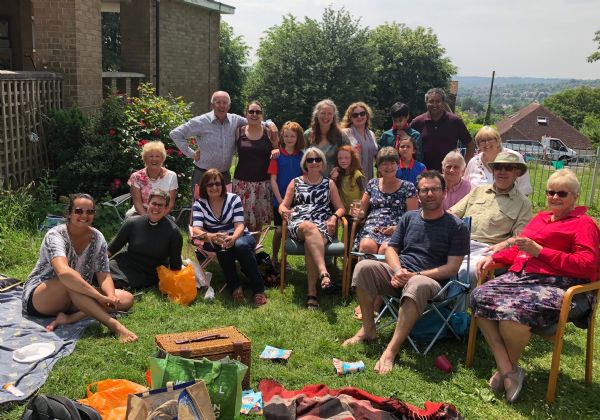